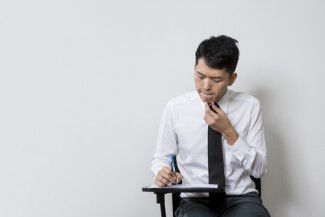 Scores on the Multistate Bar Exam dropped throughout the nation in July, apparently because the group of test takers was “less able” this year, a bar official’s memo asserts.

The explanation offered in the Oct. 23 memo by Erica Moeser, president of the National Conference of Bar Examiners, doesn’t satisfy Brooklyn Law School Dean Nicholas Allard, who fired off a letter in response, the Wall Street Journal Law Blog reports. Above the Law reported on Moeser’s letter last week.

Moeser said in the memo (PDF) that the drop in scores was a matter of concern, leading the NCBE to check and recheck for errors. “The results are correct,” Moeser concluded.

Allard’s letter (PDF) to Moeser said her explanation lacked transparency as to the process used to check the results. “Frankly, your statements ring hollow,” he wrote. “Given how this exam affects the lives and careers of tens of thousands of graduates, you can do better and provide both the deans and graduates a more thorough review.”

Allard says he doesn’t know what evidence the NCBE has to support the claim that this year’s group was less able, “but we do have evidence about our own 2014 graduates, and it tells us precisely the opposite: their credentials were every bit as good as our 2013 graduates, if not even better.”

Moeser’s letter didn’t quantify how much test scores dropped, but Above the Law published some figures in its Nov. 7 story. Nationwide, scores on the Multistate Bar Exam are nearly three points lower than the national mean for the July 2013 exam, the largest year-to-year drop since the start of the test, the blog says.

“Among the 29 jurisdictions that have so far released July 2014 scores, four have seen a decrease in pass rates of at least 10 points,” Above the Law reported. “Thirteen have seen drops of five to nine points. Only eleven states’ averages remain unchanged or dropped four or fewer points.”