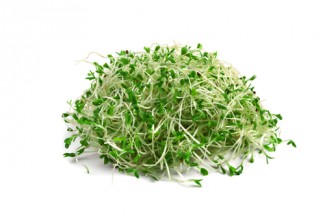 Lawyers used to dealing with worst-case scenarios may become more cautious in their own lives. Food-safety lawyer William Marler is no exception.

Marler of Marler Clark in Seattle has represented victims of every major food poisoning outbreak in the last three decades, the National Law Journal (sub. req.) reports. In an interview with the legal publication, Marler reveals the items that he generally avoids. They are:

• Sprouts. “Just stay away from sprouts,” Marler tells the NLJ. “They have not been able to figure out a good way of assuring that sprouts aren’t contaminated. Sprouts have been one of the leading causes of really large-scale outbreaks around the world.”

Raw oysters. Marler ate them as a child, but in his view they have “increased in risk profile. We’re starting to see a lot more norovirus and vibrio outbreaks linked to even cold water raw oysters.”

• Prewashed spinach and lettuce. “In my view,” he says, “it’s safer to buy a bunch of spinach or lettuce and wash it yourself.”

Marler says he didn’t eat hamburger for more than 20 years after a Jack in the Box E. coli outbreak in 1993, but since 2003 he has seen few if any cases linked to undercooked hamburgers. “The meat industry has really done an amazing job of cleaning up the problem—and I have no reason to be nice to them,” he tells the NLJ. “I had my first hamburger earlier this year. I admit I did have it cooked incredibly well-done.”

Marler also worries about Listeria growing in refrigerated foods and periodically throws out everything in his refrigerator, despite his wife’s protests that the food was perfectly good. He also advises consumers to “handle chicken and turkey like it’s radioactive” because it can become contaminated with salmonella and campylobacter, to wash their hands frequently, to cook foods to the proper temperatures and to keep “cold things cold and hot things hot.”