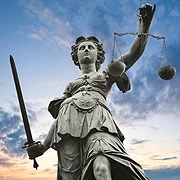 year and one day suspension for lawyer who allegedly

offered bribe to a witness and lied about it

Hello everyone and welcome to this Ethics Alert which will discuss the recent Louisiana Attorney Disciplinary Board Recommendation of a one year and one day suspension for, inter alia, alleged attempts to bribe a witness and false statements denying the misconduct.  Thedisciplinary opinion is In re: Donald R. Pryor, No: 13-DB-036 (February 5, 2015) and the disciplinary recommendation is online here:https://www.ladb.org/DR/handler.document.aspx?DocID=8353

According to the Recommendation, the Disciplinary Committee found that the following facts were established:  “Respondent represented Ms. Winborn, who was charged with simple burglary of an inhabited dwelling in the criminal proceeding State of Louisiana v. Emily Winborn, Case Number 498-791, Sec. A, of the Criminal District Court for the Parish of Orleans.  Mr. Bode’s neighbor saw Ms. Winborn exiting Mr. Bode’s house carrying the black camera bag where he kept his gun.  When Mr. Bode returned home after the neighbor called him, he discovered that his gun was gone.  Ms. Winborn was charged with entering Mr. Bode’s home and stealing a gun.  Respondent came to a restaurant Mr. Bode owns with his daughter and offered him $300 to drop the charges against Ms. Winborn.  During the first visit Mr. Bode told Respondent that he had found the gun and that he would not drop the charges.  The day before Ms. Winborn’s trial, Respondent came to the restaurant again and offered Mr. Bode $500 not to show up in court for Ms. Winborn’s trial.  Ms. Winborn was convicted of the crime.”  (emphasis supplied)

The Disciplinary Committee found that “(t)his matter came down to credibility. Mr. Bode was a credible witness, with no apparent motive to lie about his interactions with Respondent. For the most part, Respondent admitted to the facts as Mr. Bode related regarding the two visits at the restaurant. The significant divergence was that Respondent contended that the payment was only restitution, and whether Respondent offered $500 to induce Mr. Bode to fail to appear at the trial.”

“(A)fter hearing the testimony, observing the witnesses demeanors, and considering the logical interpretation of the interactions, the Committee finds that Respondent went to visit Mr. Bode at the restaurant where he worked and offered him $300 as payment if he would to agree to drop the charges against Ms. Winborn.  Although Respondent calls the $300 an offer of restitution, it clearly was conditioned upon Mr. Bode agreeing to drop the charges. When Mr. Bode refused, he was not paid the ‘restitution.’ Moreover, payment for the loss of the gun was not necessary because Mr. Bode told Respondent that he had found the gun.”

“The second visit, which occurred ten days later and the day before the trial, included an increased offer of $500 as payment for not showing up on the day of trial. Although Respondent attempted to show that Mr. Bode’s memory was failing, the details he did remember – along with a lack of true motive to lie either at trial or the hearing – leads the Committee to believe Mr. Bode’s version of the facts.”

“Thus, clearly the initial $300 was offered not as “restitution,” but strictly as a bribe for Mr. Bode to dismiss the charges against Respondent’s client. In addition, the $500 was offered, on the day before the trial, and as a last resort, so that Mr. Bode would not appear at the trial and thus make it more likely that the charges would be dropped. Respondent’s conduct was a criminal act reflecting adversely on Respondent’s honesty, trustworthiness and fitness as a lawyer, and was conduct prejudicial to the administration of justice. His testimony at the hearing also involved dishonesty, fraud, deceit or misrepresentation.

Bottom line: According to the Louisiana Disciplinary Board Recommendation, this lawyer offered a bribe to a witness to “fail to appear at trial” and engaged in misrepresentation, fraud, deceit, or misrepresentation by denying that he offered the bribe.  Notwithstanding these facts, the Board surprisingly reduced the recommended discipline from disbarment to a suspension of one year and one day.  The Louisiana Supreme Court will now review the recommendation and issue a final disciplinary opinion.

Be careful out there.

As always, if you have any questions about this Ethics Alert or need assistance, analysis, and guidance regarding these or any other ethics, risk management, or other issues, please do not hesitate to contact me.

My law firm focuses on review, analysis, and interpretation of the Rules Regulating The Florida Bar, advice and representation of lawyers in Bar disciplinary matters, defense of applicants for admission to The Florida Bar before the Board of Bar Examiners, defense of all Florida licensed professionals in discipline and admission matters before all state agencies and boards, expert ethics opinions, and practice management for lawyers and law firms.  If there is a lawyer or other Florida professional license involved, I can defend the complaint or help obtain the license.

If you have any questions or comments, please feel free to call me at (727) 799-1688 or e-mail me at [email protected].  You can find my law firm on the web at www.jac-law.com. In addition to handling individual cases, matters, problems and issues for my clients, I also am on retainer to provide ethics advice to numerous lawyers and law firms throughout the state of Florida.  I also provide legal assistance and advice to numerous individuals and non-legal entities to help insure compliance with the law and rules related to UPL and other issues.

Disclaimer:  this e-mail is not an advertisement, does not contain any legal advice, and does not create an attorney/client relationship and the comments herein should not be relied upon by anyone who reads it.