Why I Love Being a Lawyer

We’ve all seen the downbeat headlines—surveys show as many as half of all lawyers wouldn’t enter the profession if they had it to do over, wouldn’t recommend their children become lawyers, would rather be digging ditches or breaking rocks. As the profession struggles to recover from the Great Recession, it’s certainly not easy being an attorney.

But what about the other half of the profession—the half that doesn’t grab the headlines, that finds satisfaction in their jobs? There’s still much to recommend the practice of law, starting with serving clients and the public good. This story is a valentine to the profession, reminding us—in the words of ordinary lawyers from across the nation—why being a lawyer can be an extraordinary calling.

I knew nothing about criminal law and said as much to a California federal court judge who wanted to appoint me to represent a woman facing forgery charges. I was a business and tax attorney in court that day for a calendar call. The judge saw my name on a pleading and appointed me.

The woman was about to plead guilty to 22 counts of forging signatures on Social Security checks. Her hearing was scheduled for 2 p.m. The judge told me to educate myself and if I needed more time, he could continue the case for a week.

I introduced myself to the defendant. She told me that she was guilty, and I asked her why she had forged the checks. “Because he told me to” was her answer. The “he” turned out to be the woman’s husband, a Social Security recipient who was hospitalized in Texas. She handed me a letter her husband had written directing her to sign the checks and deposit them in their bank account.

Relying on what I learned in bills and notes class, I told her that an authorized signature wasn’t forgery. At the 2 p.m. hearing I moved to vacate the woman’s plea, offering her husband’s letter as evidence. The government acquiesced and the case was dismissed.

It was at that precise moment of dismissal that I realized being a lawyer was about helping people who needed help. And I felt that I had found my calling in life. 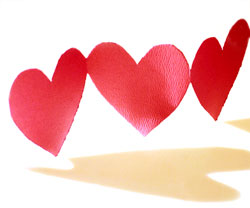 I love being a lawyer because when I stand up before a jury and thank my clients for the privilege of representing them (and I usually feel pretty emotional whenever I say that, with chills) I realize I am being trusted to pre sent them, what they feel, what they believe. And I take that very seriously.

What I like about being a lawyer: being self-employed.

I feel so much more adult. No one writes me up if I get caught in traffic and walk in the door 15 seconds late in my own office. I don’t have to ask if I can change my lunch time. I get to sit by the window, and if I want vacation time I can just plan it without having to ask the boss.

Best job in the world: I get paid to read, write, think, talk and argue—all things I would do anyway.

I love being a lawyer because I can make a difference in someone’s life. I help people live debt-free. I’ve had clients tell me it’s changed their life for the better, that they can sleep at night and stop fighting with their spouse about money. How awesome is that?

Being a lawyer is the quintessential culmination of my previous work experience at shoveling horse manure, herding stubborn animals, sitting on my brains all day as an over-the-road truck driver, and putting together foolproof solutions as a software engineer—only to discover a new and improved fool. The fun part about being a lawyer is meeting other lawyers who have suffered even more than I have.

Why do I love being a lawyer? Because, once in a while, you get the opportunity to help someone who desperately needs your help. It feels good to be that person.