After Sony hack attack, companies are curtailing email use and storage 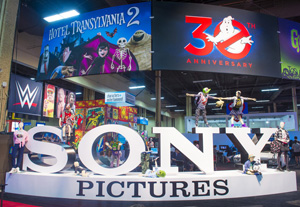 After a stunning attack late last year by hackers who stole and publicly released a wide array of confidential Sony Pictures documents, business executives are rethinking their approach to confidential information.

Many are now urging employees not to use email for confidential conversations and rely on in-person and telephone communications instead, reports Bloomberg.

Company leaders may also want to revise their email preservation policies, says partner David Zetoony of Bryan Cave, who heads the law firm’s data privacy and security practice. He is urging clients to store email only 30 days, and to limit workers’ ability to save email on their computer hard drives.

“If you don’t have information in your system, it can’t be taken,” he tells the news agency.

However, executives need to consult their accountants and lawyers to be sure their document-retention policies are in compliance with legal requirements, chairman Chuck Mathews of WGM Associates tells the Phoenix Business Journal. In addition to shortening retention periods and enhancing document-storage safeguards, companies may also want to make sure they have appropriate cyber liability coverage, Matthews’ security and information consulting company is advising clients.

The sophisticated attack on Sony, which the FBI now attributes to the North Korean government, would likely have defeated almost any company’s defenses, wrote Bruce Schneier, a security expert affiliated with Harvard Law School, in a Wall Street Journal (sub. req.) op-ed article. But better preventative measures could have lessened its impact.

“Sony would have fared much better if its executives simply hadn’t made racist jokes about Mr. Obama or insulted its stars—or if their response systems had been agile enough to kick the hackers out before they grabbed everything,” he wrote.

Key lessons from the attack on Sony include the need for companies to actively monitor their systems for evidence of any security breach, chief security strategist Richard Bejtlich of FireEye tells CBS News.

Every business owner should ask three questions of the company’s security team, he said:

Next:
Record fine of up to $1.6M imposed on Southwest over planes sitting for hours on tarmac