What will lawyers be doing in 5 to 10 years? 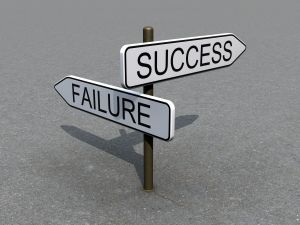 What will lawyers be doing in 5 to 10 years?

Coming into Las Vegas to attend Avvo’s sixth annualLawyernomics conference, I was bombarded with concert billboards, including ones for the latest extended residencies. It used to be if you were doing a residency in Las Vegas, your career was circling the drain. Artists like Celine Dion, Britney Spears, Elton John and now Jennifer Lopez have been able to balance their Las Vegas residencies while remaining somewhat relevant in the music world. Still, none of them are as popular now as they were five to 10 years ago, so the general rule remains the same. Today’s hot pop stars (here’s looking at you, Katy Perry) can probably expect to relocate to Vegas in about five years or so when their careers start to cool off.

For lawyers, on the other hand, it’s much tougher to predict how things will be in another five to 10 years. On Friday, the speakers who took to the stage for the final day of Lawyernomics tried to look into the crystal ball and talk about where the legal profession is heading and how it might look in the not-so-distant future. (The ABA Journal is a media co-sponsor of the conference.)

“We as lawyers are leaving a bunch of opportunities on the table,” said Avvo CEO Mark Britton, pointing out that many lawyers won’t touch commoditized work because it doesn’t stimulate them mentally or bring in enough revenue. “Lawyers aren’t servicing these clients, yet they are the first to yell ‘unauthorized practice of law!’ or ‘burn the witch!’ whenever a nonattorney tries to do it.”

Britton pointed to “freemium” models such as Cooley Go and Rocket Matter as providing excellent opportunities for lawyers to upsell clients. By automating the work and providing it for free, lawyers can avoid doing the kind of work they don’t want to do yet can establish strong relationships with current and potential clients.

“You want to be the go-to lawyer for your clients,” Britton said. “You want to have a long-term relationship with them regardless of if they have a big or small matter.”

That’s assuming lawyers will still be lawyers by the time 2030 rolls around. F. Daniel Siciliano, a professor at Stanford Law School, argued that as law becomes more open-sourced and readily available to the general public, people will no longer need attorneys to tell them what the law is.

“In 15 years, two-thirds of lawyers won’t practice law, at least not the way they practice now,” Siciliano said. “Many won’t be lawyers at all.”

He pointed to research he has done where an immigration law office that relied more on technology and had fewer human employees (both associates and paralegals) was 10 times more profitable than an office that also relied on technology but had more humans. “Firms with margins to invest in technology will pull ahead of other firms,” Siciliano said.

As for the type of technology lawyers should be investing in, there is one that has been around a while but largely ignored by lawyers, said Dave Schappell, startup business development manager at Amazon Web Services.

“Cloud has become the new normal,” said Schappell, who also noted that many huge companies, including Netflix and Expedia, and government agencies like the CIA run on Amazon’s cloud service. Schappell argued that, by utilizing AWS, disruptive companies like Airbnb, Dropbox and Tinder were able to concentrate on innovation rather than worry about buying and finding space for their own servers.

“The cloud gives organizations agility and innovative companies need agility,” Schappell said. “You can encourage innovation by lowering risk, and AWS allows people to lower their risks and expenditures.”

While lawyers may live in turbulent times, it’s important for them to remain true to themselves and create a strong culture of client service. Sarah Bird, CEO of Moz, talked about how her inbound marketing software company’s core culture of TAGFEE (which stands for Transparent, Authentic, Generous, Fun, Empathetic, and Exceptional) also serves as her best form of marketing.

Moz recruits people based on whether they are compatible with TAGFEE, and Bird encouraged the attorneys in attendance to hire people consistent with their own values.

“Enlist your team to help you get closer to your values, and in doing so, they own the culture too,” Bird said. “Ultimately, you want people to believe that things can be better and that they can affect change.”

As Celine Dion once sang: “A new day has come.” The only question is what will lawyers do about it.